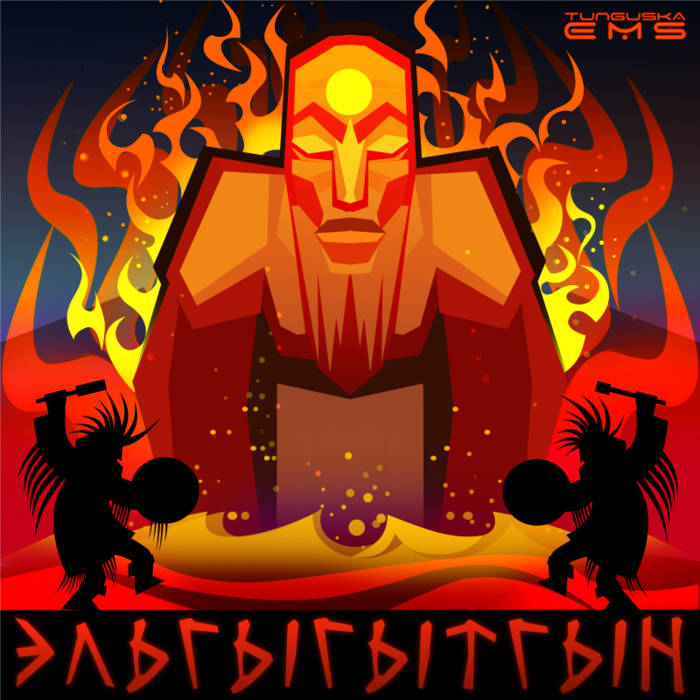 "... the sunrise was ominous - 5 strips of red clouds over the gloomy hollow. Strange, sinister place! It is especially obscure at night, when the dark prongs blacken over the moon-lit sky, half of the hollow is in the shadow, and the whitish stripe of fog totally covers its bottom..."
S. Obruchev, "Crater Eritorta"

Approximately 350 km from the nearest large settlement - town Pevek, the center of the Chukotski autonomous district - there exists a crater lake El'gygytgyn, which can be translated from Chukchee as "never melting", "white".

The form of the lake is the deep bowl shaped as a frame-mounted sapphire and is 18 km in diameter. The nature of the crater formation is unknown. The first suggestion, made by the Russian academician S. Obruchev, was that El'gygytgyn appeared in the crater of the extinct volcano. Later, there appeared a 'fallen space body' theory, which happened about 3.5 million years ago, creating the lake as a result. The space theory was subsequently confirmed by the results of the geological research. Samples, taken from the bottom of the reservoir, contained "spherules" (formations of metal and glass circle-shaped drips).

During its whole lifetime the lake have never been frozen through in spite of its almost never-melting ice cover.

The scientist, who were the first to explore El'gygytgyn at the brink of the 20th century, spoke of it as of the strange, obscure place, especially at night-time, when one is shivering from the oppressive feeling of just being near the water.

According to Chukchee legends, a dreadful monster Kalilgu, that looks like a reptile with enormous jaws, lives in the lake. From time to time some huge unidentified creature jumps out of the deep to the surface making great noise and instantly disappears back into the deep of the waters. As locals say, once "a frightening fishing had been caught, whose backbones where almost as high as a man"...

There is another legend, according to which a long time before there was a shaman, who lived near the lake in solitude, and disliked being disturbed greatly. His head was made of ice, and he could become so angry at the foreigners, that he inflicted terrible deadly diseases over those who disturbed him. There is one more description: "...near El'gygytgyn lake there lives a shaman, who can fly. His head is covered with ice, and his waist is naked and shining. Moreover, one of his hands holds a saber, and another - something like a mysterious 'winged object'". Ufologists suggest, that 'the head covered with ice and the naked shining body' can be the attributes of a cosmonaut's or an alien's pressure suit.

Natives prefer not to come close to the lake, considering it a dead place and unwilling to beshrew themselves or their families. Even shamans avoid coming close to it. They say, that here one can often see unbelievable northern mirages, and people, being nearby at that moments, disappear without leaving a trace. Repeated human disappearances, going fishing at the lake, confirm the fears of the nearby settlement dwellers of this incomprehensible devilry concerned with this place.

So, what do the waters of the mysterious lake El'gygytgyn hide? Maybe, one day scientists will unravel all of its riddles. The only things we can do though is to hope that their excavations will not awake those who may slumber waiting in the wings under the thick ice layer and 200 meters of organic sediment, at the bottom of the never-freezing lake…