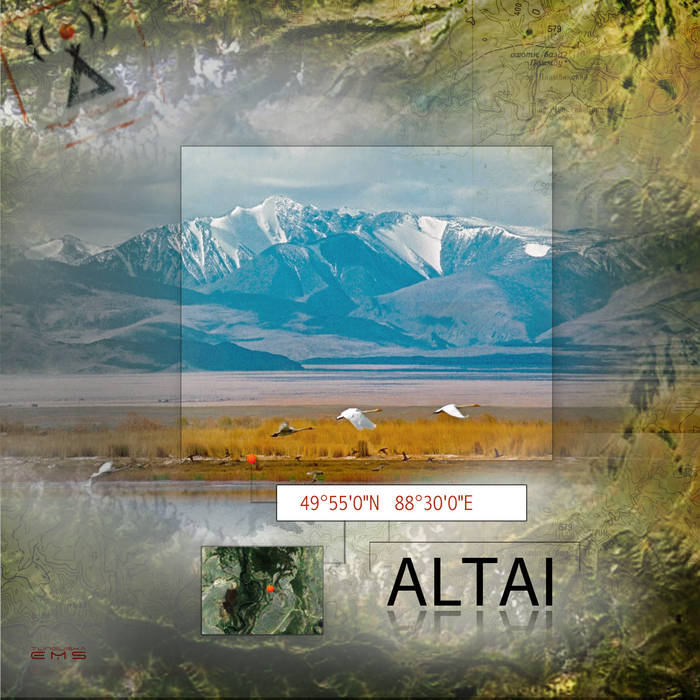 Long ago at the blue, at the white Altai there lived an old wise shaman. He possessed a great power: he knew, how to beg Ulgen the Sevensky for wealth and prosperity of Altai peoples; he also knew, how to speak to Erlik so he did no harm to people. He understood the language of birds and animals, he could look into the past and into the future.

That shaman lived deep in the taiga surrounded by the mountains. Lonely stood his birch bark hut near the river. Only those with a truly great need could find a way to the shaman's hut.

Throughout his long life the shaman amassed great wisdom; it revealed to him, how a man should live in chime with another man, the land, the water and the sky, the animal and the bird, so the Altai ground would stand forever, flourishing and prospering.

Long lived the shaman; someone said that he lived a hundred years, others mentioned two hundred years. Once he looked into the future and saw that his days in this world were about to end. Deeply thought the shaman about it - because if he died, his great wisdom would die with him, as ne had neither the son nor the apprentice.

So the shaman left his birch bark hut and went down to the people and their settlements. He wanted to find a man with a bright mind and a clear soul so he could pass his wisdom to him. But the more he travelled, the more somber he became. Shallow became the men, the heavenly spark in them faded.

The young hunter wanted to understand the language of animals and birds, so he could beckon and shoot them. The khan's smart and powerful son asked, how to beg Ulgen, so he would give luck and prosperity only to him. No one thought about the motherland - nothing could happen to it, it stood before and it would stand forever!

Back to his hut went the shaman. The best clothes for the magical rite he put on, the master words he found and to Ulgen he spoke: "What to do?" - he asked. Six days sang and danced the shaman, six days the metal pendants on his clothes jingled and the furs waved. On the seventh day Ulgen answered: "Take the plain wood, take the flat stones, on them put your great wisdom as letters! Let these letters stay in the heart of Altai and wait for a man with a bright mind and a clear soul!"

Six days more lied the shaman exhausted. On the seventh day he got up, took the plain wood and the flat stones and began to carve the secret letters. No one saw him working, no one heard the stone hammering, no one knew where the shaman hid his knowledge. Only Ulgen knows if he succeeded in keeping his main knowledge - how the people and the land could live in chime - or if he died before that.

But on Altai, among the mountains, there flows a river Samuralu, near which long ago the shaman's hut stood. And its name means "hiding the book of wisdom, written on wood and stone".

Maybe sometime there will come a man with a bright mind and a clear soul with a heavenly spark inside, to whom the secrets of the old shaman will reveal, and there will become an eternal peace and plenty on the Altai ground.