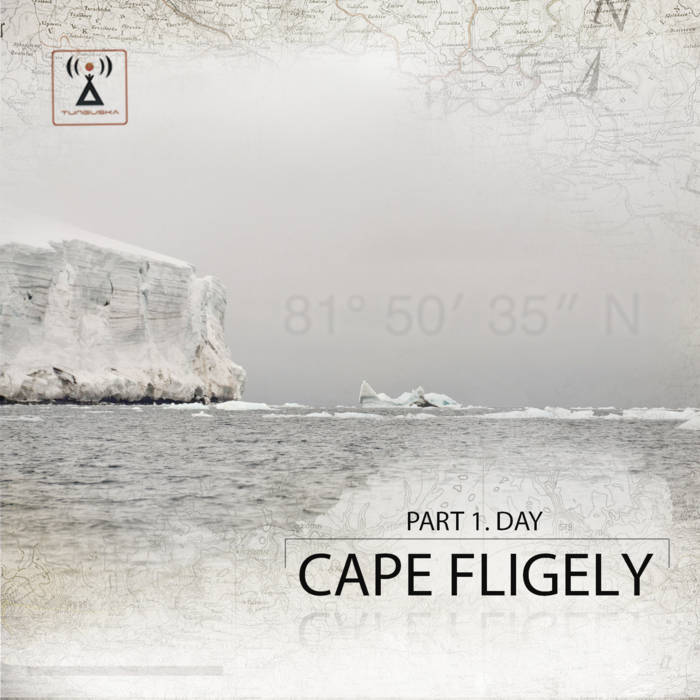 Spring. It is warm outside, green grass can be seen everywhere, birds chirp endlessly, air is filled with the fragrance of awakening nature. And by the way today is Cosmonautics Day...

You are probably asking, what do icebergs, northern ocean and permafrost do here? The fact is that in March-April at Cape Fligely, where we'll travel today, starts a polar day, lasting almost half a year. For more than four months sun does not set over the horizon, ceaselessly illuminating the eternal ice. Northerly there is no ground: only boundless ocean, covered with the gigantic ice coat. There is no grass and there are no trees. All that you would hear are water splashes and the black-legged Kittiwake gull crying. However, this world, absolutely dissimilar to the Man's world, full of hidden life, was explored by Man and became a part of his world.

Cape Fligely - the north-eastern tip of Rudolph's island in Arctic Ocean, being a part of Franz Josef Land, is the northernmost point of Russia, Europe and of the whole Eurasia. It was named in honor of an Austrian cartographer August von Fligely. It was discover on April 12, 1874 by an Austrian expedition on a sailing-steam schooner "Admiral Tegethoff" under the leadership of Julius Payer and Carl Weyprecht. They arrived at this cape with the intention to explore the area, to draw a sketch map of the archipelago and get back home before the end of a polar day, but on August 22, 1872 the ship became icebound and drifted for more than a year in northern direction. On August 30, 1873 the expedition was brought to the shores of the unknown land. The crew had to spend two winterings among the ice. The result was a map of the archipelago, Payer's book "725 days in the Arctic ice", and this compilation ;)

Many photos of the wonderful corners of our planet can be found at the personal webpage of the Austrian photographer Christoph Ruhsam, who kindly provided us with one of his many works www.pure-landscapes.net